I went to Giants Fan Fest on February 7th. I had a blast and I didn’t even walk all over the stadium to all the different booths and stuff they had set up. I got there about 20 mins before the gates opened at 10am. The lines were crazy long! I couldn’t believe how many people were there before 10am. I 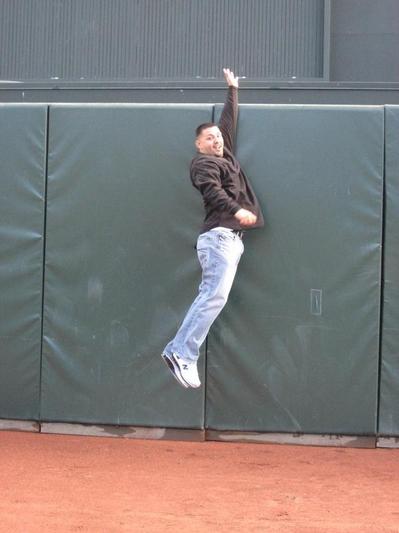 heard the lady in front of us in line say the lines are shorter on the other side of the stadium. My girlfriend and I told our friends to wait in line and we will walk over and check it out. We ended up walking up to the side gate and there was a really short line that no one was in. Everyone got on the two outside lines, so we called our friends over and we got in AT&T park within a min  after the park opened.
I had no idea that I would be able to actually go on the field. I mean the field didn’t look like a baseball field cause they had a motor cross event there the weekend before, but the outfield walls were up. I was like a kid running to where the pitchers mound would be. Then ran to center field and even jumped up against the wall like if I was stealing a home run away. From there I walked over to left so I could walk around the area where Bonds played. Bonds is my favorite Giants player of all time.
After that I walked over to the home plate area. The Giants flagship station KNBR had a stage set up. They were going to be interviewing players for the radio right there. When I first walked up Damon Bruce was interviewing Barry Zito and Kevin Frandsen. One cool thing about that was it was still early so most of the fans went to the autograph lines. There wasn’t very many people by the KNBR stage at that time. I wanted to get a picture of Zito looking at the camera. I told my girlfriend to get the camera ready to snap a picture. Then when I seen Zito stop talking. I yelled as loud as I can “Zitooooooooo” and had my hands up in the air so he would see I said it. He looked right at me and smiled. The picture of this is below. 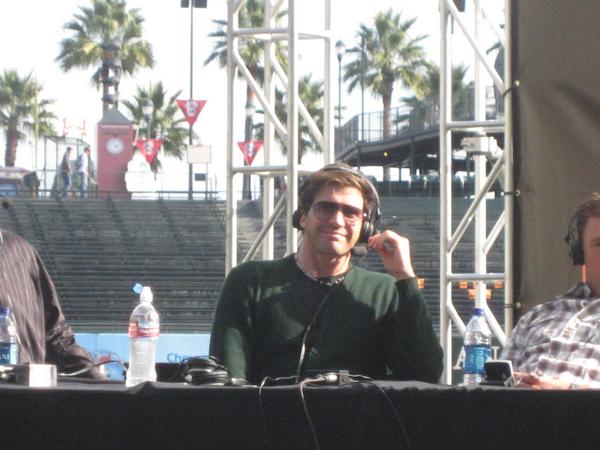 We decided to lean on the fence to listen to KNBR and people watch. The stage was still right in front of us, so we could see the different players walking on stage to be interviewed on the radio. Well the spot I leaned up was right next to a walkway to the stands/clubhouse area. I had no idea that I was so lucky when  I decided to lean there. It turns out that all the players that came on the field would come thru there. I had Will Clark walk by and even get pushed into me while he’s trying to sign autographs and walk to the KNBR stage. Other players and Giants staff that went right by me was Bengie Molina, Kevin Frandsen, Brian Wilson, Jeremy Affeldt, Jesse English, Sergio Romo, Keiichi Yabu, John Bowker, Emmanuel Burriss, Fred Lewis, Dave Roberts, Aaron Rowand, Nate Schierholtz, Brian Sabean, Bruce Bochy, Roberto Kelly, Carney Lansford, Larry Baer and Bill Neukom. I’m sure I left a few players out that past by me. Here are a few pictures below.
I got Brian Wilson and Jeremy Affeldt to pose for me. 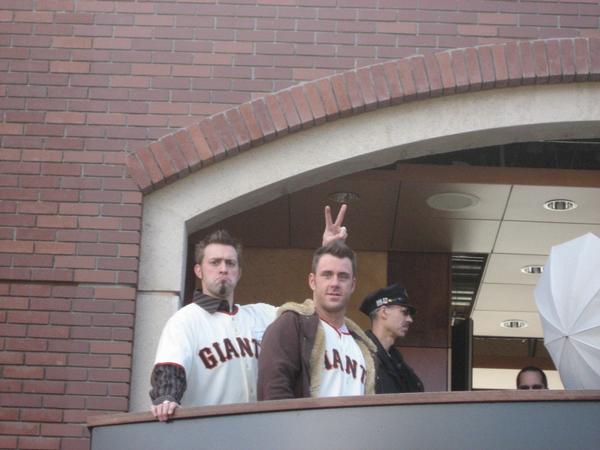 Bengie Molina was talking to my girlfriend in this picture. Should I be mad? lol 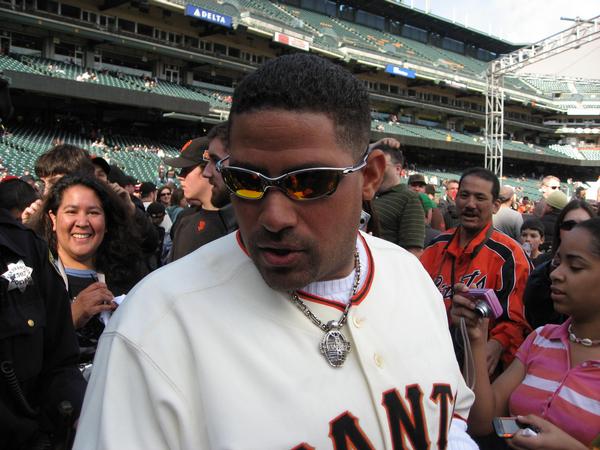 Brian Wilson posing for me. 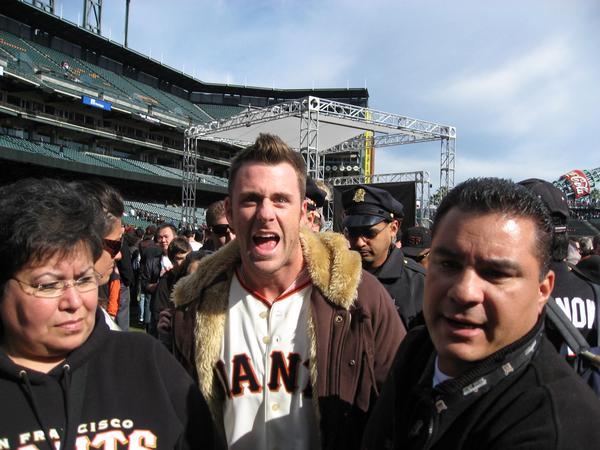 Me and Jeremy Affeldt snapping a quick pic.

Will the Thrill Clark seconds before he was pushed into me. 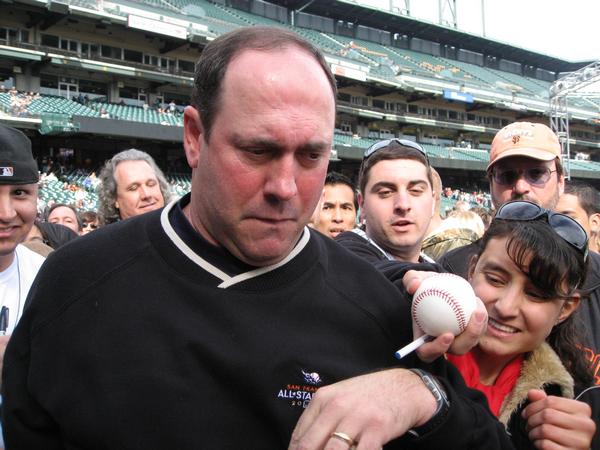 Brian Sabean walking by while I was in line for the Giants Clubhouse tour. 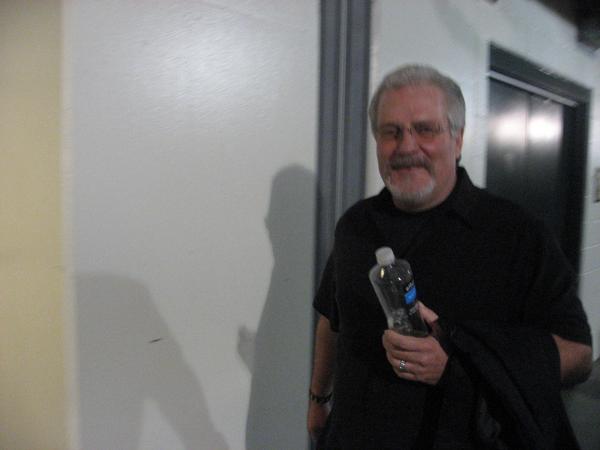