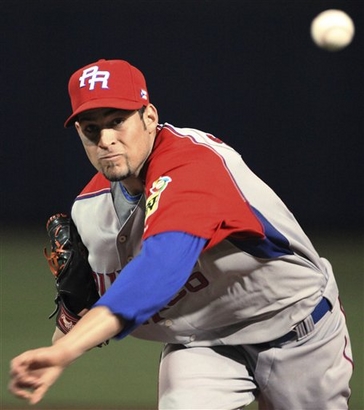 able to survive the second round. He thought he was going to throw a little more than what he did for team Puerto Rico. He did pitch in 6 2/3 innings for team Puerto Rico in the World Baseball Classic. Once Sanchez made it back to the Giants training camp. He immediately threw a bullpen session on Thursday for the Giants and he will start for the Giants on Sunday against the Brewers. The 26 year old Sanchez has a live arm and I’m sure he will do a great job for the Giants in the 5th spot of the rotation. Giants were considering trading Sanchez for a bat this off-season, but no moves were made.